Two Swords Protection seeks to provide resources and educate individuals to protect their families and themselves spiritually, financially, legally, and physically. 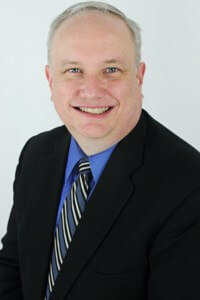 The name comes from a biblical reference. During the Last Supper that Jesus had with His disciples, He tells His disciples to take money and purchase a sword -- even if they have to sell a garment to get one. Why? Jesus was sending His disciples out for ministry but He would no longer physically be with them. He wanted them to have a means of protection until they had accomplished their ministry or until they would be martyred in a way that would bring God glory (Luke 22:35-36).

The disciples already indicated that they had two swords and Jesus replied, "It is enough" (Luke 22:38). Some Bible scholars have twisted Jesus' words here to say that Jesus was expressing His disdain for forms of protection. But that is inconsistent with the fact that Jesus had just told them to purchase a sword. It also contradicts other biblical teachings of self-defense.

When Jesus said, "It is enough," He simply meant that two swords were adequate for the disciples while they remained in a group together. They didn't need to rush out and buy a sword of every make and caliber. They didn't need to keep buying more and more scabbards for their swords. They didn't need to get the latest swords reviewed in the Judean Sword Conceal and Carry magazine. They just needed something dependable and effective for self-defense.

Two Swords Protection seeks to give people the resources they need (training, equipment, and counseling) to enable them to better protect themselves in the critical areas of personal protection, financial and legal matters, and keeping the hearts of their family members.

He is the father of 8 children -- 6 of whom are daughters -- that gives him a strong motivation to protect his family. He is now a grandfather of 12 and has been married to his best friend for 40 years.  He has a passion for helping families protect themselves.  He is a US Concealed Carry Association (USCCA) certified instructor.